Posted by Unknown at 1:44 PM No comments:

Chris Hadfield gets a painting! 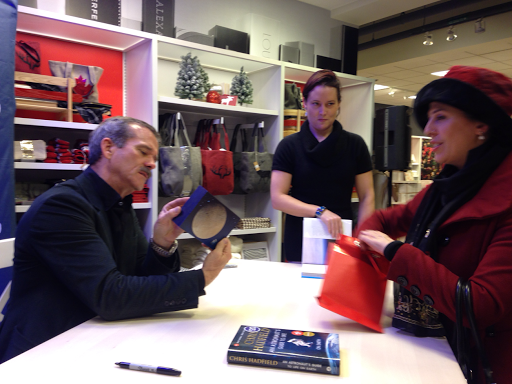 Back in November of 2014, I gave Col. Chris Hadfield a painting I did. It was inspired by his book: An Astronaut's Guide to Life on Earth, which I got a signed copy of.
He also shook my hand so hard that it bruised slightly. I didn't mind in the slightest. :)
Posted by Unknown at 7:55 PM No comments: 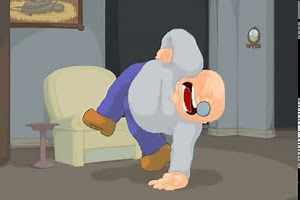 https://www.youtube.com/watch?v=ZBvbNs7WSII&feature=youtu.be
Posted by Unknown at 12:13 PM No comments:

Mysterious new dwarf human species probed after scientists find 3 million year old skull in cave
Scientists have discovered a skull belonging to a previously unknown species of human from three million years ago.
The research team made up of paleoanthropologists stumbled across the remains in an underground cave and have now put together a skeleton which stands at 4ft 9 tall and is described as "a really, really strange creature."
Lee Berger of the University of the Witwatersrand in Johannesburg and his co-horts stumbled across 15 individuals skeletons which they believe make up a tribe of the bizarre human species - and now they've found the missing link.
And while they resemble homo sapiens - like modern day humans - the species could more more than 2.8 million years old.


The "small brained" humans identified through the size of the discovered skulls - are believed to have possibly lived alongside humans with larger brains.

The incredible discovery has also baffled scientists who found the remains in an underground cave adding fuel to the rumour they lived there or actually buried their dead - unlike neanderthals - the closest relation to today's humans who are not believed to have done so.

Posted by Unknown at 3:31 PM No comments: