It's been a while, but I'm finally able to write a little about the grandfather of chocolate skulls, Mr. William (Billy) Jamieson, who passed away last June the third. Notably, it was his birthday.

Bill loaned me the original human skull, from which all my chocolate skulls are cast. It wasn't the only one in his collection. In fact, Bill had a huge apartment full of amazing oddities, artifacts, and ethnographic objects, which made his lavish parties a feast for the senses.

He was also a very warm and spritual man, who sat with shamans and had, himself, 'climbed the vine of souls'.
Bill had an adventurous life, that's for sure! He was instrumental in returning the mummy of Ramses I to Egypt, and became a millionaire in the process. 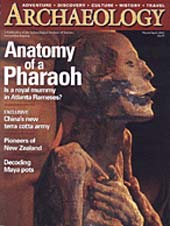 I had the honour of building his website: http://egyptianmuseum.com/

Your passing was a sad surprise to us Bill, but we take some comfort in knowing how bravely and joyfully you lived.

``This is the creation of the world, that the pain of division is as nothing, and the joy of dissolution all.'' - Liber Al Vel Legis