The Revenge of the Skull

Who likes horror stories? Well, I have a real doozy for ya! It's all true and it happened to me.
I've had copies of these X-rays since October 2010, but haven't had the guts to look at them until today.

Actually, I've avoided writing about my - ghastly - episode for over a year, but now I think I'm ready to let this particular skeleton out of the closet. Last fall, I decided to completely redesign the method I use for my chocolate skulls. This required investing in new materials and seting aside several weeks to remake the molds. Because I had to work with materials containing organic solvents, I diligently wore my respirator and my rubber gloves. I also kept the windows open, used a fan, and even wore safety goggles to prevent fumes from reaching my eyes!
I could hardly have been more protected as I fashioned the best mold I could. "Casting skulls is going to be a breeze with this new mold", I bragged to my boyfriend. I took each step with care and precision, but when I added the plaster, I used too much. I figured that it was better to have much than too little, but the darn thing weighted a ton!
So, I tried to saw off some of the excess. This was definitely the right thing to do, but it was very hard work - much too much to accomplish in one day, or even three. After a while, I got tired and impatient. I realised that I could saw through the stuff more quickly if I poked holes into it at about one inch intervals. At this point, I would like to remind my dear readers: Do not work with sharp objects when you are overtired, or in a hurry, and please ALWAYS wear your safety gear!
I, foolishly did not adhere to any of this advice. I was rushing, I was tired, and my old safetly goggles had gotten too cloudy to wear. So there I was, on the floor, squatting in front of my hunk of plaster, driving a small sharp file into it at one inch intervals - and pulling them out - towards my face - with all my strength! Gawd, I feel sqweamish again just imagining what happened next. I also feel pretty stupid as well, because now I have to tell the blogsphere that I gave the metal rod one great yank (toward my face) and STABBED MYSELF IN THE LEFT EYE!!!

"No!...That didn't happen! No way! What a fool! Oh God, Ok, I can still see...'. All these thoughts passed through my assaulted brain, as I dashed to the bathroom to havev a look - at what I didn't want to see. I covered my eyes with my hands and played a terrified round of peek-a-boo with my reflection. "Hideously deformed!", said the voice of self recrimination. "You're gonna look like Thom Yorke, if you're lucky!" I knew I had to exqamine it, so I took a closer look. It was already beginning to swell and turn purple. My actual eye, thank God was still intact, but there was a huge flap about the size of a dime in the inner top corner that was swelling irregularly and no longer joining up properly. And the blood! It was all over the bathroom counter, and the sink and the floor and it dripped a little red trail back to my studio. Back to the place where my life just changed. All this happened between about 17:15 and 17:30 on a tuesday evening in mid October. I had to call my boyfriend. As I pushed the buttons on my BlackBerry, I started getting dizzy and I realised my hands were barely controlable. Öh thank goodness you picked up the phone, I said. Please come home right away, I've injured my eye. That was all I could manage and I passed out, sort of. I mean, I laid down and freaked and shook and went into a weird mental zone. When Damian saw it, he cringed and said I would definitely need stitches. The Thom Yorke image appeared again. (Why couldn't it have been David Bowie?) 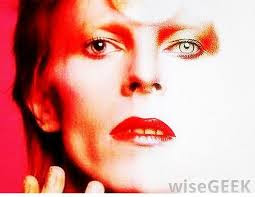 We went straight to the emergency at the nearest hospital, signed in and waited. I held a piece of ice to my eye and we all watched the dramatic rescue of the trapped Chilean miners, who had spent the last 69 days trapped under 2050 feet of rock. I remember using a simple hand gesture to joke that the rescue capsule was spring loaded and that they were goimg to shoot them out one by one. Such silliness is a clear sign that I was beginning to crack and would start laughing hysterically any moment. Fortunately, the nurse called us into the examination room thus averting my descent into gibbering lunacy. Soon the doctor was there, asking me questions, putting goop in my eye, turning the lights out and shining a blacklight tube on the injury. Then I had to read an eye chart, which was hard to do with the bleariness. He said that would improve. His focus was appropriately on the more potentially serious concerns. When he seemed to be finishing up, I asked him about stitches. I was amazed and so relieved when he said I didn't need them. He said, I could go to a cosmetic surgeon and have it fixed up after, if I wanted but the scar would be very small anyway. Then I got a tetanus shot, and a requisition to see an opthamologist, and went home.

That's when the PTSD started. Every time I closed my eyes, I returned to the moment when that file connected with the edge of my occipital cavity and glanced off. The shock, the tiny explosion of phosphene at the moment of impact and most of all the fear and the horror of the other probabilities so narrowly escaped! It was so bad, I would suddenly jump in my seat, squirm, yelp and shake my hands like they were covered in battery acid. I couldn't seem to stop hitting the replay button. How could I be so careless? How can I ever trust myself with sharp objects? I fretted incessantly for the first 48 hours. Eventually, I searched the web for some advice on dealing with PTSD, and found some good stuff on youtube. It basically reinforced what I had instinctively begun, which was to stop the film in my head and say, "It's not happening now. It's over. It's not happening." This was immensely helpful because it brought the amygdalian brain function down to a calmer state and back in synch with the rest of my mental processes. My logical side was soothed later on, once I had bought myself a new pair of safety glasses.
So now, over a year later, I still have the ocaisional gut wrenching flashback. I still have to repeat my mantra to stabilize my psyche.

Whenever I contemplate the theory of infinite probabilities/universes, I get stressed about the concept that there could be one in which I lost an eye! Oh god, I hate  to even write that!
Well, the main thing here and now is, safety first, kids. I bought a new pair of protective goggles, and I will adhere to my own advice! 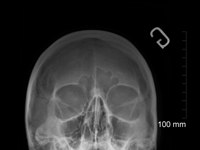